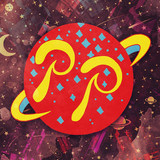 New York City's Planetary People are proud creators of modern groove music that blends funk, jazz, hip-hop & whatever the hell else they feel like playing. It's music from space to make your booty dance. Planetary People formed in 2014. Recently they hit their stride in 2020 as they pursued a new mission: #planetarytransmissions, as a way to stay active while the world was in quarantine due to COVID-19. The band has been writing and releasing a new song and music video, all recorded remotely, mixed and mastered, EVERY WEEK. Thats right... starting in March 2020 the boys have been releasing original music like clockwork. Their full catalog of "transmissions" can be found on their YouTube and Spotify channels (mix tapes of past planetary transmissions). Their anticipated debut album was recorded and engineered by Luis Bacque at Bacque Recording in 2020 and with plans for release in early 2021. This 9 song album features all original material, including a new song featuring guest vocalist Caleb Hawley. Supporters of the band receive exclusive content and VIP access to the bands activities via their newly launched Patreon.