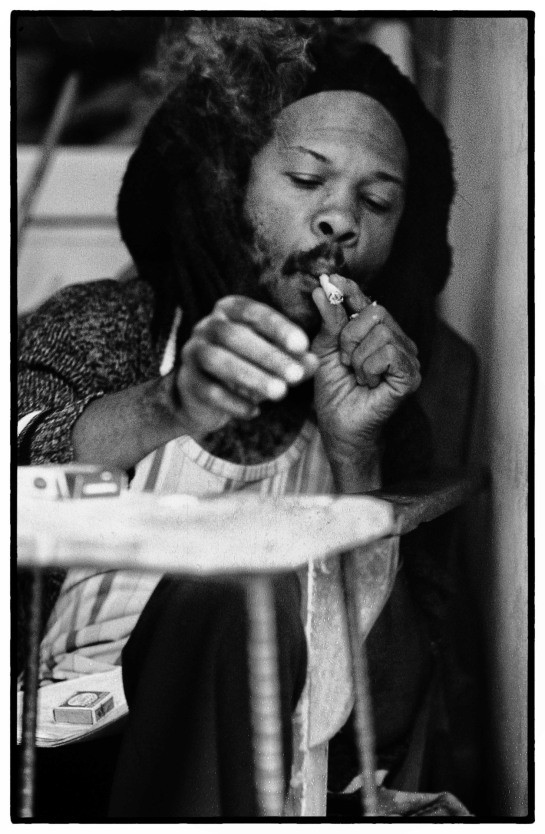 Yabby You was born Vivian Jackson in a Kingston ghetto. By the time he was 17, Jackson was so malnourished that he had to be hospitalized. He was eventually left with severe arthritis and crippled legs. While he could not work, he had musical talent and -- taking his cues from divine inspiration that he felt came from the sounds of nature around him (and the help of friends) -- founded a harmony trio, the Prophets, in 1972. They made their single debut with "Conquering Lion," a classically styled reggae song with a deeply personal message. They made a few more singles and eventually they all appeared on Jackson's debut album, Conquering Lion. Throughout the decade, he recorded frequently on his Prophet label. He was closely affiliated with King Tubby, whose dubs often appeared on the B-sides of Jackson's singles. It was Tubby who gave Jackson his famous nickname, Yabby You. Some of Yabby You's better-known albums from this period include Chant Down Babylon Kingdom (1976) and Deliver Me from My Enemies (1977). When not recording his own material, Yabby You launched the careers of other new singers including Michael Prophet, Wayne Wade, and Tony Tuff. He also began producing the early recordings of such performers as Willie Williams, Ras I-buna, and Half Pint. A Yabby You-produced recording usually featured a distinctive bassline combined with organs, horns, and soaring harmonies that he used to create a meditative, spiritual atmosphere. He continued recording steadily through the mid-'80s, and then abruptly stopped after a 1985 North American tour with his backup band, the Gladiators. He often needed crutches to perform. He recorded after that but nothing was released, so, in essence, Yabby You disappeared until 1991 when some of those recordings began to emerge. After that, he resurfaced and began releasing new and old material again. In 2000 he released a singles remix project with Glen Brown; the album included a remix of "Conquering Lion" by Smith & Mighty. Yabby You died on January 12, 2010, from a ruptured brain aneurysm. ~ Sandra Brennan, Rovi