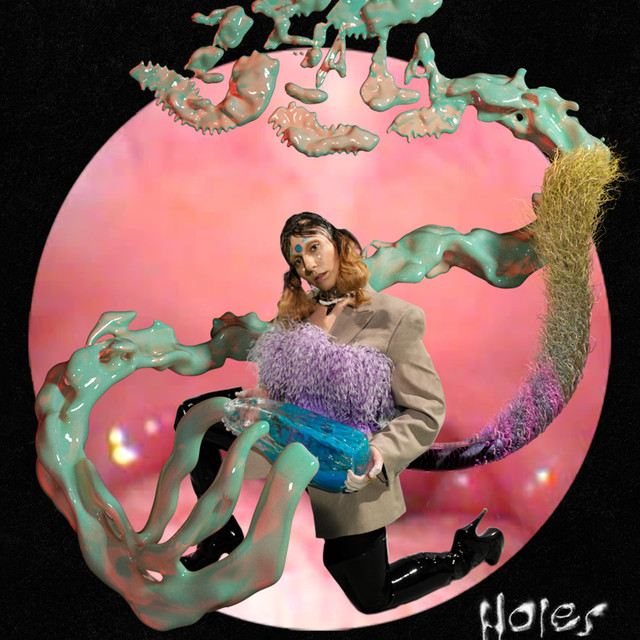 When I heard Zhala´s voice the first time it was like I heard a message from another time. A voice I knew from somewhere, like some unreleased song by Rosie Gaines, but also like getting an alien signal from the future. What was this new information it was sending? When I listen to Zhala it’s like I’m sitting in her mouth. It’s an amazing place, I’m swirled around in her sinuses before being set free into a new world through a glittering cloud coming out of her nose and ears. It’s been five years since “Zhala” was released on Konichiwa Records and she has spent this time digging deeper into herself and making music again. One of the people she began collaborating with is Olof Dreijer, also known as one half of the band The Knife. “Holes” is the first piece of music ready to be released; a reworked "pornem" written by Amanda Apetrea for the dance perfomance “DEAD by Beauty and the Beast” by Halla Ólafsdóttir and Amanda Apetrea in 2017. Olof Dreijer and Zhala then continued to develop the song into what it is now. An unconventional song even for Zhala, but nevertheless with the limpid pop sensibility that defines Zhala´s music. She makes the leap and tells the story about the unruliness of our unconsciousness, our desires and what we might consider to be ugly. Zhala carves out her freedom with her voice. In your ears she chisels out a new home for herself and transforms her being into what she wants it to be. - Robyn