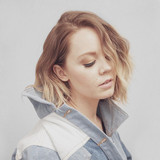 Pop artist and songwriter Sarah Reeves signed her first record deal at age 18. For more than a decade, in addition to pursuing her own artistry, she has dedicated a vast portion of her career to writing songs for other artists and TV and film. Her music has appeared in recent promos for “American Idol” and UFC, and on television series across major networks like ABC, NBC, CBS, FOX and Netflix, among others. Reeves has also been featured on tracks by high-profile DJs, including Gattüso, Laidback Luke, and Justice Skolnik. Having amassed more than 41.3 million career on-demand streams, the Curb | Word Entertainment artist has garnered 21.2 million Pandora lifetime streams and over 33.4 million YouTube views to date. Recent vulnerable tracks,"Anxious,” “Don’t Feel Like Fighting,” and “Heart First,” preview her next studio album, slated for Fall 2020.