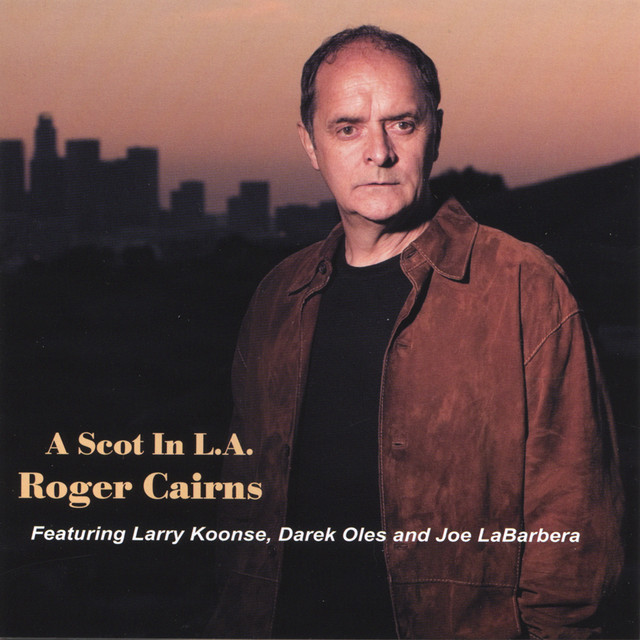 Scottish vocalist Roger Cairns has a smile in his voice as he gives his own treatment to items from the Great American Song Book and also those with more contemporary orgins. From a London-based background in blues, rock and jazz-rock fusions, Roger landed in the US in the early 90s and joined the Los Angeles-based, 'Dirk Fischer Big Band', where he remained for 12 years. He embarked on a solo career in 2004, also forming a group of sidemen with Gary Fukushima as pianist and arranger. He considers his influences to be Mel Torme, Billy Eckstine, Ray Charles, Johnny Hartmann and David Clayton-Thomas. With his ability to make vintage tunes sound fresh, new and lively, Roger Cairns' future projects promise to be memorable.