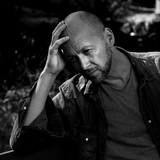 The award-winning pianist SVEINUNG BJELLAND from Stavanger, Norway studied with Professor Hans Leygraf at the University of Music and Dramatic Arts (Mozarteum) in Salzburg and at the Berlin University of the Arts, from which he graduated with highest honors. In 1999, he was the

ecipient of Concerts Norway’s “Young Soloist of the Year” award. In the international press he is described as an outstanding lieder pianist. He is Professor at the Norwegian Academy of Music and the University of Agder. Bjelland can look back on an extensive career as soloist, on international concert stages as well as on numerous recordings. His album of sonatas of Scarlatti and Mendelssohn is testimony to his exquisite sense of style and sound. His release on the LAWO Classics label, Rachmaninoff/Shostakovich Cello Sonatas (LWC1131) with cellist Audun Sandvik, received glowing reviews in Norway and abroad. In 2018, Sveinung released the album Chopin / Schumann (LWC1149).