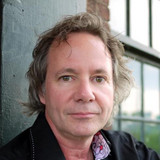 For his third album of original compositions, Barry Walsh has created a masterful set of unique pieces befitting a musician of such diverse background. His career started in the late 70's playing piano for such luminaries as Roy Orbison, Waylon Jennings and Alex Chilton's Box Tops; Walsh was a Nashville recording mainstay in the 1990's, recording for a long line of acclaimed singers and songwriters including Waylon, Olivia Newton-John, Beth Nielsen Chapman, and Gretchen Peters, whom he later married. He will be touring the US and Europe with his wife in 2018 performing some of his solo works all over the US and the UK. Walsh's solo recording career took off in 2007 with the release of The Crossing, and continued in 2011 with his sophomore effort Paradiso. In early 2014 Walsh took time to record his third solo effort, Silencio. "The whole idea for this recording," Walsh says, "was to find the space between the notes. Finding space through the use of restraint." As Emmylou Harris once said, "restraint intensifies emotion." Recording his own original work has provided Walsh an alternative outlet to his duties as a producer/keyboardist on the more commercial recordings he's been a part of. Using the tools of his trade: piano, accordion, guitars and bass, these highly personal pieces

give him an incentive to explore more exotic musical territory, and the results are heard in his latest work, Silencio.