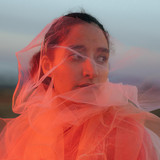 Manteiga and Spoek Mathambo form part of the renowned music collective called BATUK. The group from Johannesburg are back with a new single & music video titled Move!, an ode to the township roots that shaped them. Hailing from Maputo and Johannesburg respectively, artist and musician Manteiga, brings a unique fusion of Mozambican and South African flair to her music and art. The music is vibrant and energetic, while being culturally rich. Batuk is Manteiga’s collaboration with established electronic music producer Spoek Mathambo. Since its inception in 2015, Batuk has performed in numerous countries in Africa, Europe and the UK. In the past year, they have performed for over 200 000 people in over 15 countries including Belgium, Burkina Faso, France, Germany, Italy, Kenya, Mozambique, Netherlands, Portugal, Poland, Spain, Swaziland, Switzerland, Sweden, Uganda and the UK. They released their debut album, Musica da Terra in May 2016 and since then they have enjoyed coverage from prominent international media such as CNN, BBC, i-D Magazine, Rolling Stones Magazine, OkayAfrica, Les InRocks Magazine, Tsugi Magazine, Elle Magazine, Marie Claire Magazine, and many others.