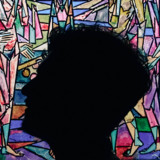 ‘The Neverending Third Act of a Dream’ is the new and final chapter of an EP trilogy that began with ‘The Need to Belong’ and followed with ‘The Night We Stole the Moonshine’ and its accompanying live EP ‘The Night We Played the Moonshine’, which saw him exploring more acoustic arrangements, re-imagining his last batch of songs, and taking them out of the realm of his habitual ethereal synth-pop sound. Last year he hunkered down in the studio where he set about creating a worthy successor and closing chapter to be cherished. The first single of this new chapter is ‘The Necessary Beauty’. Hesanobody has established himself in Milan and since emerging with debut single ‘Can You Feel the Sun?’ he has honed his skills, self-producing and self-recording many of his early recordings between his home studio in Milan and the LM Recording Studio in Reggio Calabria, the same two studios he currently records in, and that helped give birth to his latest EP. Armed with what can widely be considered his best batch of songs to date, he enters this new era with his lust for big melodies and ambition still intact, still citing huge and varying influences. His return is musically lush, once again preferring to unify a few synthetic elements with the acoustic warmth of piano and strings, crafting beautiful pop tunes, which are lyrically dense and wear their heart on their sleeve, as direct and affecting as you would have come to expect from Hesanobody.