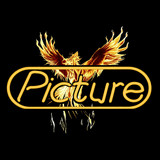 The first Dutch heavy metal band was formed in 1978 by Ronald van Prooijen (vocals), Jan Bechtum (guitar), Rinus Vreugdenhil (bass) and Laurens ‘Bakkie’ Bakker (drums). They modeled themselves on British bands, most noticeably Uriah Heep, Deep Purple and Motörhead. They went through numerous line-up changes during their career, but produced consistently high-quality albums throughout that were released all over the world. Vocalists also included Shmoulik Avigal (b. Israel), Pete Lovell (b. England), and Bert Heering (ex-Vandenberg), while Chriz van Jaarsveld, Henri van Maanen and Rob van Enkhuizen were responsible for six-string duties at one time or another. The band folded in 1987, but the original quartet played a one-off reunion concert in Sliedrecht the following year. In 2008 they noticed the growing popularity of the band on YouTube and decided to reunite. Jan Bechtum, Rinus Vreugdenhil, Laurens Bakker and Pete Lovell got together and got invited to the 2008 Sweden Rock Festival. With Rob van Enkhuijzen as second guitarist they hit it off. Picture is still around. They released a CD in 2009 (Old Dogs New Tricks) and in 2011 (Warhorse). As of summer 2016 the classic line-up with Ronald, Jan, Rinus and Laurens is back! Appie de Gelder was added as second guitarist. Now, they have a new singer Phoenix Reborn and a new album WINGS.