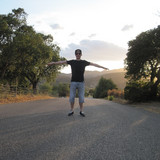 Sascha Knodel (aka) Zemyu has been active as music producer since 12 years now. He began to make music in his childhood. He learned playing keyboard at a musicschool and played on concerts when he was only 10 years old. After some years and many ghost projects for various influential DJs and singers he decided to start his own project. Zemyu initially produced commercial pop dance songs but gradually developed his own underground deep house / tech house style. His productions have been supported by A-Class DJ's like Sam Feldt and supported in big playlists like "Housewerk", "Dance Rising" or "House is a feeling" on Spotify. His special sound became a characteristic feature of this songs. Stay tuned for more new sounds and collaborations in the near future!