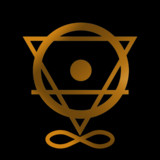 The Mind Orchestra began as an online collaborative musical project with the release of their debut album in November 2014 Devoured by the Comfort Zone. The album featured over 35 musicians from around the world and was a first of its kind at that time. Since then founding member Nick Gent started work as a professional sound healer and teacher of sacred sound and has been creating ambient music for meditation and transformation with singles like the Druid Awen chant and Om Ma Tri Mu Ye Sa Le Du. This year saw the release of their alchemical symphonia Bruwynn featuring sounds created by an Oak tree, and the new Druid medicine album is scheduled for release at the end of 2021.