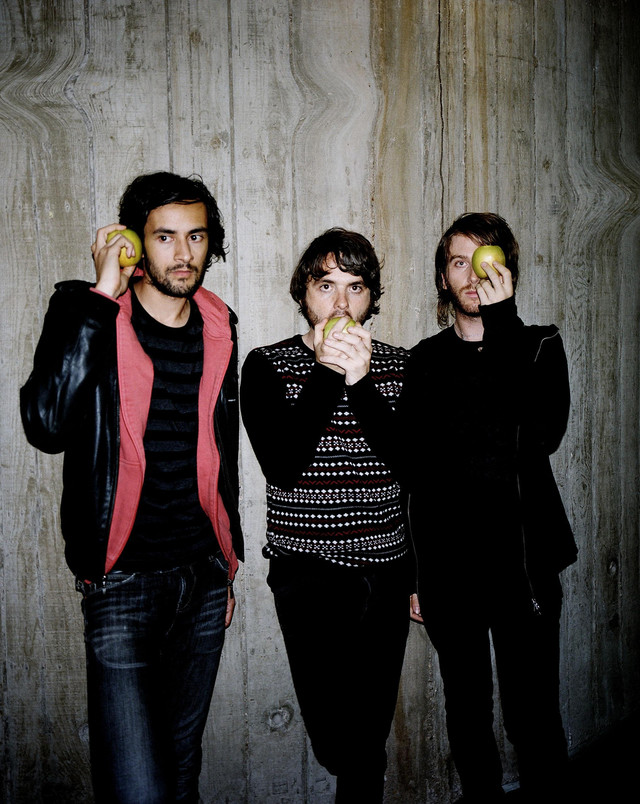 Midnight Juggernauts are an electro-pop synth rock group from Melbourne, Australia. The founding members, in a nod to the Ramones, renamed themselves Vincent Juggernaut and Andy Juggernaut. The two met in high school and played straightforward guitar rock together before moving on to experiment with synthesizers and dance music. Unable to find a permanent drummer, they played their first concerts with part-time drummers while wearing the uniforms of military dictators. Eventually they abandoned the costumes as well as the part-timers and settled on Daniel Stricker -- who changed his name to Thunderfist to celebrate the occasion -- to be their full-time drummer. The group remixed songs for the Presets, !!!, Electric Six, Damn Arms, K.I.M., and Dragonette, among others. Their debut album, Dystopia, was released in 2007 on their own independent label, Siberia. It received a boost in popularity and sales when French dance act Justice referred to the Australian band as one of their favorites during interviews with BBC Radio and the Pitchfork website. The two groups later toured North America together, and Dystopia appeared worldwide in mid-2008. A string of festival and other live dates followed during 2008-2009, and the band recorded its second album in Australia. That record, The Crystal Axis, appeared in Australia in May 2010, and was issued in most other countries by the end of the year. ~ Jody Macgregor, Rovi