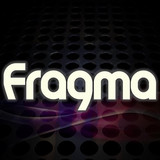 Founded in 1999 by brothers Dirk and Marco Duderstadt together with record producer Ramon Zenker. Their first single "Toca Me" topped several dance charts around the world, and reached No. 11 in the UK Singles Chart. In 2000 they released a combination of "Toca Me" and "I Need A Miracle" by UK-Singer Coco Star as "Toca´s Miracle". It went straight to number one in the UK chart and was also popular around the world. The singles "Everytime You Need Me" (feat. Maria Rubia) and "You Are Alive" (feat. Damae) went also in the UK Top 4 and the Album Toca reached a Gold Award. 2008 saw the release of "Toca's Miracle 2008" with the vocals of Coco Star and an InPetto remix of the original song. "Toca's Miracle 2008" reached #2 on the Australian ARIA Club Charts and #16 on the UK Singles Chart. After 10 years working together in the Studio and on Stage, Damae and Fragma split up in 2012. After a 4 years break, german singer TESS is now representing Fragma.