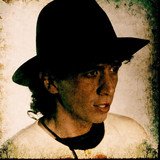 Savage is the original 80's Italodisco pop star, worldwide famous singer and platinum record producer of Europop and Eurodisco artists. Composer and writer of various multimillion worldwide hits his real name is Roberto Zanetti. In 1983 he turned his career as solo artist recording his first song Don’t cry tonight that was a huge hit in Italy and all Europe too. Thanks to the catchy melody and timbre of his voice, Savage quickly became one of the most appreciated singers in Europe, one of the creators of the Italodisco movement. Since 1983-85 Savage has been continuously on tour, performing about 300 shows throughout Europe. In the meantime other singles, Only you, Radio and A love again, were released and included in his first album Tonight. In Eastern Europe Savage was one of the most popular contemporary artists so he undertook a number of tours there. Since 1990 has dedicated most of his career as a producer and he has been responsible of many International hits by Ice MC, Double you, Alexia, Corona and Zucchero. Since 2005, Savage has started doing live gigs and concerts again, USA, Russia, Italy, Spain, Poland. In 2019, after 35 years from his first project, he recorded a new album titled Love and rain, 15 new songs plus a symphonic version of his hit Only you.