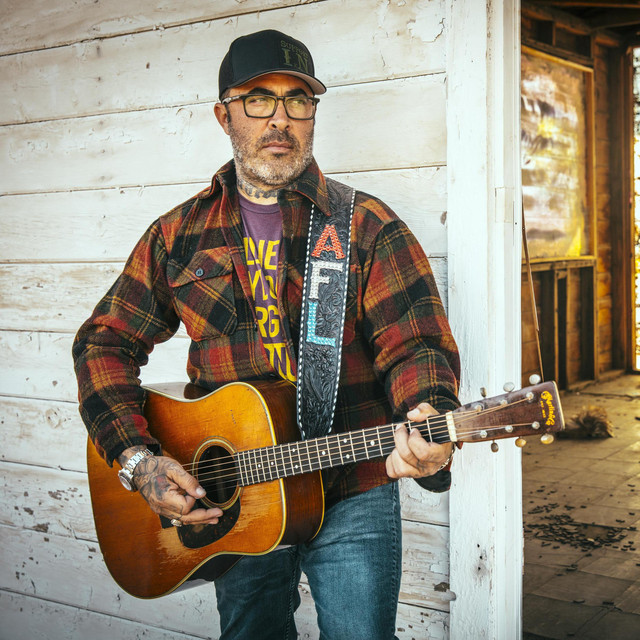 At the heart of Staind's loud, angst-laden music are the confessional lyrics and introspective personality of frontman Aaron Lewis. While other post-grunge bands were successful in mining the dark caverns once explored by Soundgarden and Alice in Chains, Lewis allowed his sensitivity to pour freely from his words and often pensive vocals, enabling Staind to strike a balance between heavy metal bombast and thoughtful, melodic rock. Born in Springfield, Vermont, Lewis listened to folk music as a child. The son of divorced parents, he chronicled the emotional turmoil in his childhood with Staind, namely on tracks like "Epiphany" and "For You," from Break the Cycle. Like the late Kurt Cobain from Nirvana, Lewis cast an unpretentious, no-frills image, exhibiting a brooding disposition and emotional vulnerability that troubled youths could relate to. Lewis recorded his first album with Staind, Tormented, in 1996. The band remained on the fringes of mainstream acceptance until "Outside," a live collaboration between Lewis and Limp Bizkit's Fred Durst during the 1999 Family Values Tour, blew up on alternative and mainstream rock stations a year later. With only his acoustic guitar as his musical backing, Lewis delivered a raw, anguished performance of a song that Staind would later record in the studio for Break the Cycle. The track carved the path for Staind's subsequent commercial breakthrough. The band sustained a decade of popularity before Lewis broke free with a solo career in 2011, refashioning himself as a conservative country singer on his 2011 EP, Town Line. He had some success with the album but before he could capitalize on his country career, he reunited with Staind for an eponymous album in 2011. In 2012, he prepped his full-length country debut, The Road, which appeared toward the end of the year. Thanks to the minor hits "Endless Summer," "Country Boy," and "Forever," the album went to seven on Billboard's country chart, and he followed it with another country album, Sinner, in the fall of 2016. Sinner debuted at number one on Billboard's country chart and at four on the Top 200. Lewis released the non-LP single "Folded Flag" in 2017 but it took him another two years to deliver State I'm In, his third solo album. Produced by Buddy Cannon, who also helmed Sinner, State I'm In arrived in April 2019, preceded by the singles "The Bottom," "State I'm In," and "It Keeps on Workin'." ~ Michael Sutton