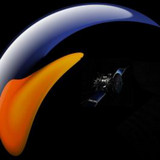 COMPOSER, KEYBOARDIST, GUITARIST. MARRIED, FIVE SONS. CHILDHOOD He was born March 14th 1976 in Rauma (found 1442), Finland. As he was a child, his family had an old German upright piano standing as a furniture in living room. He recalls how great it was to play the keys and create all kinds of chords with it. He believes he was around four then. That tells something about his way of composing; he likes just improvise with keyboards to get the idea of a composition. Later he started to learn guitar playing by himself, though he was given an opportunity to get guitar lessons when he was eight - At the time when his interests were in football. After that, he continued with keyboard and music theory lessons at the local music school as a private student. At that period of time he also played in a school band with his friends. That period gave him an experience on band playing, and playing for a live audience at his school. Those were the times of his younghood. THE MUSIC His musical style has evolved during the years. In the beginning, he got his musical inspiration and motivation to do his own music from various artists and groups in electronic and more artistic rock music genres. He wrote his first music lyrics at very young age and composed the music for them as well. After all, the main interest to do instrumental music with keyboards was more in to his liking. Web site: http://www.markkumattila.com