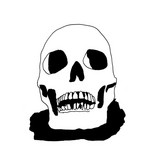 Founded by Jeremy Earl, Woods started as a solitary recording project in 2005. The acoustic-leaning sounds and off-the-cuff, lo-fi recording style cultivated a loose and searching vibe early on. 2009's Songs of Shame earned indie website Pitchfork's Best New Music accolade and exposed the group to new listeners. The third proper full-length, At Echo Lake arrived in 2010 and was followed up a year later by Sun and Shade. Apart from being endlessly prolific, the band's sound was growing from the hushed solo fare of its earliest days into more amplified, roots-leaning rock, placing Earl's vocals atop ambling Crazy Horse-esque rave-ups. Drummer Aaron Neveu was added to the live version of Woods, allowing Jarvis Taveniere to focus solely on guitar instead of the double duty he'd done before. Amid a regular touring schedule Woods issued their fifth proper full-length, Bend Beyond, later that year. They continued to expand their sound in terms of both recording quality and heightened production with 2014's shinier, fuller sixth LP, With Light and with Love, their first album done in a proper studio. Arriving in 2016, City Sun Eater in the River of Light was their second; it added elements of Ethiopian jazz, '70s West Coast rock, and a horn section. The results of the U.S. presidential election spurred them to go back into the studio the following year. Love Is Love was recorded over a two-month span and saw the band working quickly to get their raw emotions on tape.