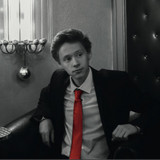 Michael Tino Lex was born in Regensburg, Germany. He learned to play the guitar at the age of nine. In his school days he had a great supporter through his music teacher and he also began to sing.  Michael Lex couldn't let go of music. In addition to his own concerts, he also did the opening show for the two Austrians Seiler und Speer at the "Regensburg Piazza Festival". In August 2019 he was finally on stage as the opening gig for the Belgian musician Milow, who is known worldwide for hits like You And Me (In My Pocket) and Ayo Technology. In the same year Lex released his first studio album Est. 1997.  Before that - in June 2016 - he put on a benefit concert in his home town "Barbing": With his band colleagues, he played in front of over 400 guests for the VKM (Association for the Physically and Multiple Disabled People). He was able to hand over almost 5,000 € to the organization.  Lately he worked a lot with the german band The Retrosonic and their band leader and music producer Aaron B. S. Their latest release Free is a common project with other musicians like Björn Bussler, Lea Obermeier or MNL.Meier.  Making music, writing his own lyrics, being on stage - that's what Michael Lex loves. This is where the young singer & songwriter gets absorbed. His texts are not in any way imaginary. Behind his songs are personal stories and experiences. But: Listen by yourself!