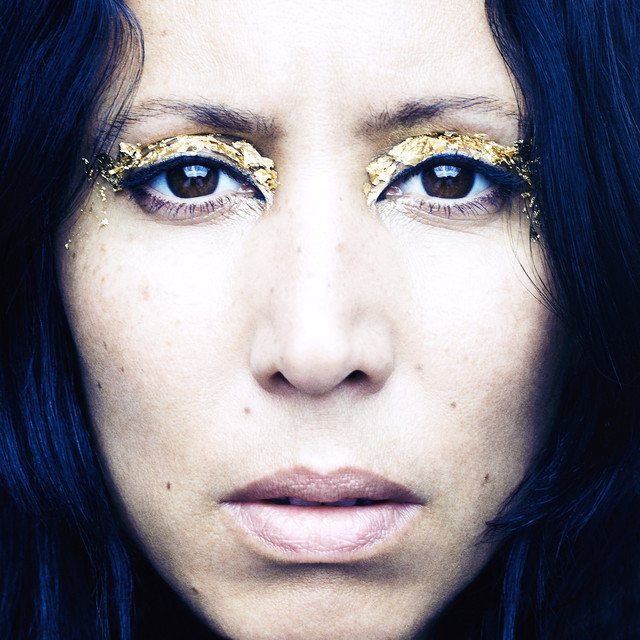 The title of Sweden's Queen of Soul might not seem one of modern music's most coveted crowns but, in Sweden itself, there is little doubt that Titiyo not only merits all the acclaim lavished by her homeland, but that international acclaim has already demolished borders across much of Europe too. Titiyo Jah was born in Stockholm in 1967, the half sister of singer Neneh Cherry -- their father is Sierra Leone-born percussionist Ahmaduja of the Africa Hi-Life Orchestra. It was Cherry who first pointed Titiyo in the direction of performing, encouraging her to sing and prompting her, too, to seek out musical directions that Swedish pop had rarely visited in the past. By 1987, Titiyo was fronting her own band, performing rare groove covers on the Stockholm circuit before signing to the local Telegram label in 1989. Titiyo scored her first hit that June, when "Talking to the Man in the Moon" climbed to number six on the Swedish chart. "After the Rain" reached number 13 in November and the following summer brought Titiyo's self-titled debut album. It reached number three and also brought her to the attention of American audiences, via a well-received Arista release. An imminent breakthrough, however, was placed on hold when Titiyo withdrew for two years to raise her newborn first child; it was September 1993 before she resurfaced, with a cover of Aretha Franklin's "Never Let Me Go," a number 25 Swedish hit. This Is Titiyo, her second album, followed in 1993. Featuring guest appearances from both of her parents (Titiyo's mother is an accomplished pianist), the album spun off further hits "Back and Forth" and "Tell Me I'm Not Dreaming" and, even before Titiyo made her London debut at the Astoria in February 1994, garage remixes of several tracks were established club favorites. Over the next two years, Titiyo's activities were largely confined to guest work. She appeared with the Blacknuss All Stars ("It Should Have Been With You") and Stakka Bo & the Flesh Quartet ("We Vie"), and duetted with sibling Eagle-Eye Cherry on a track from the Best Laid Plans movie soundtrack, "Worried Eyes." Her own next album, Extended, finally arrived in late 1997, a self-produced/composed epic highlighted by the hit single "Josefin Dean." As usual, another lengthy silence followed the album's release, a four-year gap that was finally broken in 2001 by Come Along. Recorded with the songwriting team of Peter Svensson (the Cardigans) and Jocke Berg (Kent), and produced by Tore Johansson, Come Along received a U.S. release (through Lava) in August 2002. ~ Dave Thompson, Rovi