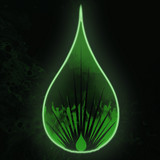 From Sorrow To Serenity

Featuring From Sorrow To Serenity

FROM SORROW TO SERENITY are a metal band from Glasgow, Scotland. Infusing groove-laden technical riffs and breakdowns with soaring vocal hooks and captivating melodies; FSTS unleash their most ambitious work to date in new EP, 'Trifecta'. Since their launch in 2013, FROM SORROW TO SERENITY have grown more accomplished with each year that passes, releasing 2 full-length albums & 2 EP's, as well as touring the UK & European circuit with the likes of Fit For An Autopsy, After The Burial, Jinjer and Betraying The Martyrs. Rejuvenated in 2017 as a four-piece with Gaz King (former Nexilva) newly fronting the group, Ian Baird joining on drums, whilst keeping their core of songwriter/guitarist Steven Jones (Bleed From Within) and bassist Andrew Simpson - FSTS expanded their musical horizons, releasing sophomore album 'Reclaim' on SPV - Long Branch Records in 2019. The album truly establishing FSTS as a force in UK metal, and extending their reach to Japan as they completed their first ever tour outside of Europe. Amidst the COVID-19 pandemic, FROM SORROW TO SERENITY revealed their most uncompromising music to date in the form of 'Shadows', 'Red Mist' and 'Tell All' - three singles combining to create the 'Trifecta' EP. No longer looking out into the world for inspiration, FSTS are looking deep inside themselves; and taking you with them.