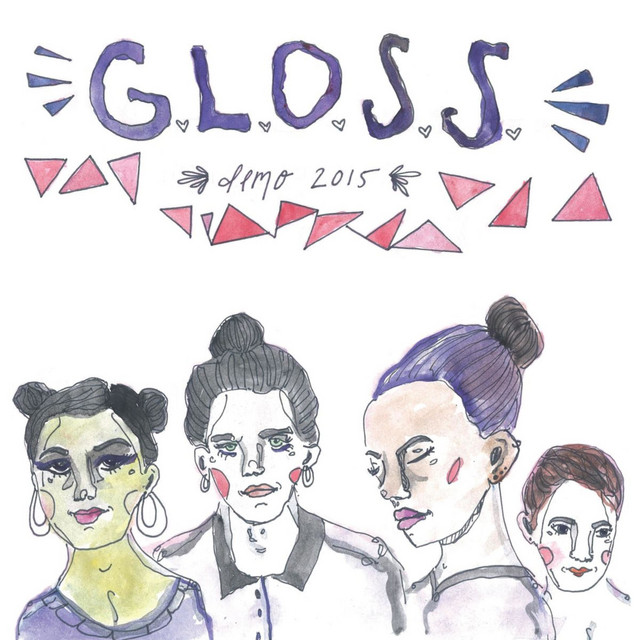 A hard-hitting hardcore punk band whose music boldly confronts stereotypes about sexuality and gender identity, G.L.O.S.S. declare that their name stands for "Girls Living Outside Society's Shit." Comprising gay and transgender musicians, G.L.O.S.S. said of themselves in a report in Maximum Rocknroll, "We're not trying to be weird, we are just actual outcasts of society -- queers, trans women, women of color, gender queer femmes, feminists, etc., and we love hardcore and are sick of being sidelined and misrepresented, so we are representing ourselves." G.L.O.S.S. were formed by Sadie Smith and Jake Bison, two friends from Boston who loved punk rock but were often put off by the straight white males who dominated the scene. Smith and Bison formed a band called Peeple Watchin', who released an album, Gutterflower, but in spite of the band's modest success, they relocated to Olympia, Washington, where they found a more open-minded and supportive punk community. In the fall of 2014, Smith and Bison formed G.L.O.S.S., with Smith on lead vocals, Jake on guitar, Tannrr Hainsworth on guitar, Julaya Antolin on bass, and Corey Evans on drums. The band went through an intensive period of rehearsals, and after playing a handful of shows, they were ready to record. In January 2015, G.L.O.S.S. released a five-song demo that was released on cassette by Not Normal Tapes. The demo was also made available online, and G.L.O.S.S. soon became one of the most talked about bands on the American hardcore scene, with critics and fans praising their music as well as their fearless, outspoken attitude. By the end of the year, the demo had been given a release on 7" vinyl by Total Negativity Records, and G.L.O.S.S. set out on their first American tour. In June 2016, they released their second EP, Trans Day of Revenge. ~ Mark Deming, Rovi