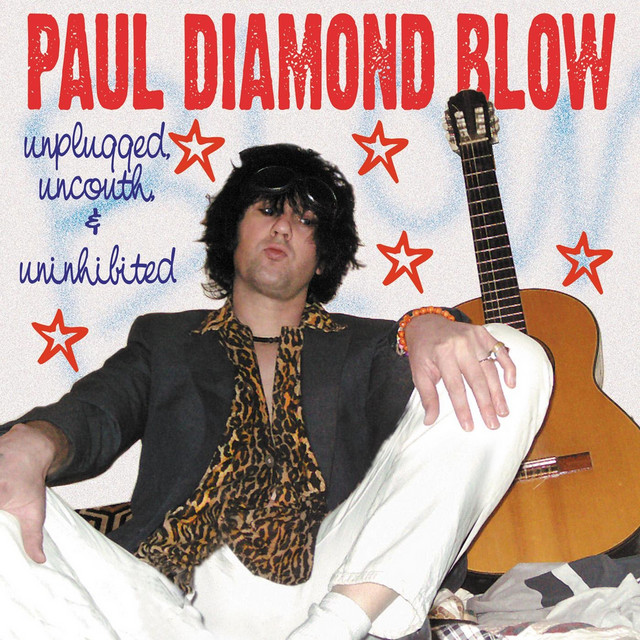 Paul Diamond Blow rocks like no other with his sexy Marshall-driven brand of rocket-fueled hard rockin' glam/punk party rock. Born in Sweet City Seattle and raised on a steady diet of Kiss and Ramones, Paul Diamond Blow cut his musical teeth rocking in many a punk-rockin' band (RPA, Suffocated, Berserkers) and his searing style of guitar play soon became legend. In 1998 Blow went solo and released his solo CD "WANG DANG SWEET THUNDER OF ROCK" to rave reviews. Fueled by whiskey sours and inspired by the love of bimbos everywhere, Blow took his act on the road with his band Paul Diamond Blow & The Ace Diamond Bimbos. The Ace Diamond Bimbos lasted one year but fell apart in 2001 in a murky haze of scandal and lawsuits. Paul Diamond Blow later resurrected himself as a solo acoustic performer singer/songwriter in the vein of "Johnny Thunders on acid with a touch of Axl Rose" and in 2005 formed punk/glam band the Space Cretins, a band in which Blow sang and played guitar. The Space Cretins went on permanent hiatus in 2014, but Paul Diamond Blow still plays the Pacific Northwest rock circuit regularly with his solo, unplugged acoustic act, and he continues to write and record hard rocking tuneage for the masses to enjoy.