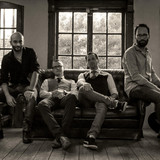 A solid base of rock. Bits of indie and acid. Rashers of grunge and blues. The four members of the band Rufusking prepare a musical meal for you with their very own ingredients. And they are ready to serve it to the world… Since 2017, the Dutch four-piece band has been working on their own repertoire. In February 2019 the band broke loose from the rehearsal room. The band members are inspired by bands such as Led Zeppelin, Pearl Jam, The Rolling Stones, Oasis and the Stereophonics. Versatile, but recognizable.