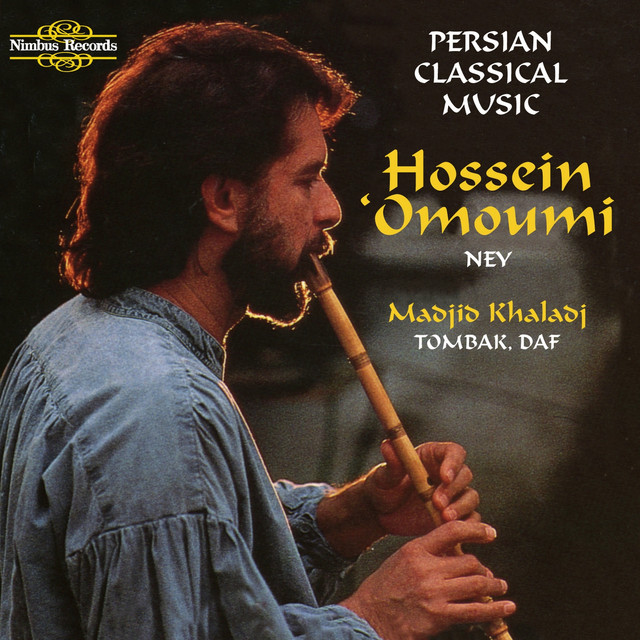 A master of the ney, Hossein Omoumi has brought the musical traditions of Iran to the international stage. Although deeply influenced by traditional ney player Hassan Kassai, Omoumi has taken the instrument a step further. His unique approach to building the ney has provided an opportunity to explore uncharted musical ground. Playing the ney from the age of 14, Omoumi strengthened his musical skills while studying radif, a vocal technique characterized by melodies or sequences grouped by mode, with Mahmoud Karimi. He subsequently became a frequent performer for the Iranian National Radio and Television Broadcasting system and taught ney at the Iranian Center for the Preservation and Dissemination of Music, the National Conservatory, and Tehran University. Frustrated by the oppressive Iranian government, Omoumi left his homeland in 1984. After settling temporarily in the United States, he continued on to Italy where he earned a doctorate degree in architecture from the University of Florence. Upon his graduation, he moved to France, where he accepted a position as a teacher of nay and avaz at the Center for Oriental Music Studies in Paris. Omoumi was a featured soloist in the 1997 film, The Sweet Hereafter. ~ Craig Harris, Rovi