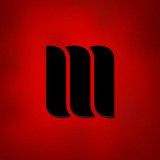 MALTED MILK is a French soul and groove band who released his new album LOVE, TEARS & GUNS in June 2019 . After a 20-years career celebrated at the end of 2017, the 7 experienced musicians worked hard to create their new compositions in order to change their work and turn resolutely towards the future. It's an ambitious bet to modernize music like Soul. Yet the band has rebounded by opening his compositions to multiple influences such as funk, folk, rock, working a wealth of arrangements and melodies that invites the listener to plunge into a new story with each new title. While remaining attached to a color, sonorous textures that have been the driving force of the group since their beginnings, they approach the next 20 years with wonderful songs that may well be remembered for a long time. A French group capable of matching their big American brothers is rare enough not to be noticed. Line up : Arnaud Fradin - Lead Singer / Guitar Igor "Pifonk" Pichon - Bass Damien Cornelis - Keyboards Richard Housset - Drums Vincent Aubert - Trombon P-M Humeau - Trumpet Mojo Hand Records ℗ & © Blues productions Booking : enzoproductions@enzoproductions.com www.malted-milk.com