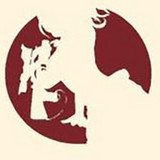 After eight productive years we have decided to cease being the collective that you knew as Dreadlock Pussy and to pursue our separate goals, musically or otherwise. Over the years we had the pleasure to experience a great many things and to do things that we had not dreamed possible when we started. It all started with a group of six 20-somethings out of Limburg that got together to make cool music. Before the term nu-metal had been coined, we were in a shed somewhere rehearsing. Not long after that, we recorded our first demo (La Migra) in a small art studio in Roermond. If you would have told us back then that we would stand on-stage at Lowlands, Pinkpop, and all the clubs that the Netherlands has. Looking back, there's an awful lot of people that deserve our gratitude, without which Dreadlock Pussy could have not been the band we are today. First of all the fans, without whom everything falls apart! You, who bought our first demo's and shirts, who travelled to see us play in the small venues around Limburg. Those who noticed us when we released Sharp Instead, first on our own, and later through Seamiew Records and have not left us since then. Everyone who came to see and hear us at a show, who drank (our) beer with us, who put aside their principles to buy our first single where it counted. You guys are awesome, which doesn't cover what it meant and means to us but it will have to suffice for now.