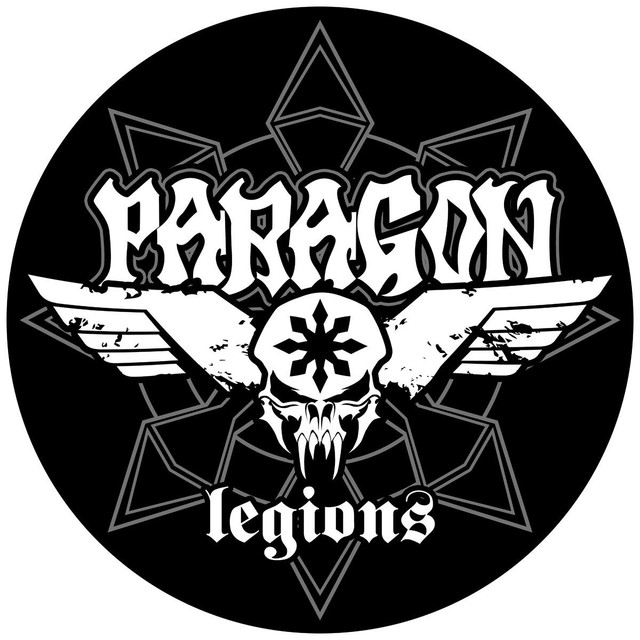 Ask a group of heavy metal historians what the two most important decades for power metal were (either commercially or creatively), and the majority of them will point to the '70s and '80s. Power metal started in the '70s, and many of the best-known power metal bands were formed in the '80s (including Queensrÿche, Manowar, Savatage, and Helloween). But power metal didn't disappear after the '80s, and Germany's Paragon are among the numerous European power metal bands that began in the '90s. Actually, Paragon were formed at the very beginning of the '90s -- 1990, to be exact. When guitarist Martin Christian formed the first Paragon lineup, pop-metal and hair bands were extremely popular; Poison, Bon Jovi, and Warrant were all over MTV, although the Nirvana/Pearl Jam/grunge upheaval of 1991 and 1992 was just around the corner. But none of those trends had any stylistic affect on Paragon; Christian's outfit was never a hair band, and didn't jump on the alternative bandwagon when Nirvana's Nevermind became a mega-platinum blockbuster (something Kurt Cobain and his colleagues certainly hadn't anticipated). Paragon were always power metal all the way, favoring an approach that is forceful and intense yet melodic -- and their primary influences have included Judas Priest, Iron Maiden, and Manowar. Although not well known in the United States, Paragon enjoy a small following in Europe -- a following the German headbangers did not acquire overnight. In 1993, Paragon recorded their first demo cassette, Maelstrom of Decline, which featured original lead singer Chris Barena and was followed by the EP Into the Black in 1994. The following year, Paragon's first official full-length album, World of Sin, was released on the Blue Merle label; unfortunately, Blue Merle was going bankrupt, and World of Sin was plagued by poor sales and weak distribution. Blue Merle's problems made Paragon unstable and resulted in numerous lineup changes; except for Christian, everyone who played on World of Sin (including lead singer Kay Carstens, bassist Dirk Sturzbecher, guitarist Daniel Görner, and drummer Kay Noise) was gone a few years later. In 1996, Christian decided to put the band on hold, but in 1997, he revived Paragon with a new lineup consisting of lead singer Andreas Babuschkin, guitarist Claudius Cremer, bassist Jan Bünning, drummer Markus "Big M" Corby, and himself -- and overall, Paragon had a much more stable lineup in the late '90s and early to mid-2000s than they did during the turmoil of 1994-1996. Final Command, Paragon's second full-length album, was released on B.O. Records in Europe in 1998, followed by the release of their third full-length album, Chalice of Steel (another B.O. release). After leaving B.O., Paragon signed with the Hamburg-based Remedy Records, which released Steelbound in 2001, Law of the Blade in 2002, The Dark Legacy in 2003, and Revenge in 2005. As of 2005, Paragon's lineup included Christian (the only remaining original member), Babuschkin, Bünning, Corby, and guitarist Günny "Gunman" Kruse (who replaced Cremer in 2004 and is an ex-member of the German Iron Maiden tribute band Powerslave). ~ Alex Henderson, Rovi