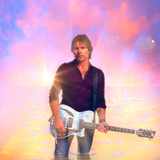 Leigh is a Gippsland/Melbourne based singer, songwriter, guitarist, creating soulful, melodic, indie pop/rock. A wide range of influences and experiences from Brit Pop, Heavy Rock and Blues to Alternative Rock and Classical, are forged into Leigh's own personal and unique style. Word imagery, poetry, social commentary, are important factors lyrically in Leigh's music. A lifelong professional singer and guitarist, Leigh first made inroads into the music scene as lead guitarist for Melbourne guitar pop band Jericho, who released several EPs, toured Australia, and performed a "Live at the Wireless" session aired by JJJ radio. Leigh has since been continually performing live, but only recently has decided to hit the indie scene again with several releases. He is now working on writing, recording and releasing more new material, and performing around Melbourne as a solo act, whilst putting a band together to give his music the full impact it deserves.