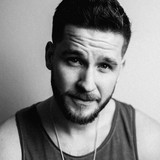 Devon Werkheiser moved to Los Angeles at a young age to pursue acting and music. He has been releasing music since 2009 beginning with his single “If Eyes Could Speak” which has garnered over 1,000,000 Spotify streams. He found success playing the lead character in Nickelodeon’s “Ned’s Declassified School Survival Guide” which began in 2004 and aired around the world for ten years. Underneath the comedy, the show had a genuine intention of reminding the audience that they weren’t alone in life and that we will all get through it together. Growing up, he remained aligned to that message with his art and music. He plays locally around Los Angeles and in the summer of 2019 got to support Seal for multiple shows during his American tour. His upcoming music release, the five-song, Chapter One EP, was crowdfunded through an indiegogo campaign which doubled the set fundraising goal and is due out April 23rd, 2020.