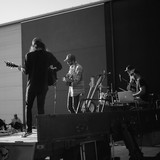 An Unexpected End is an Indie/Folk Rock band from Manitoba, Canada. They formed in 2018 and recorded and released their self-titled, debut EP the following year. Since then they have continued to release songs in their on-going “Lost Thoughts” project. Drawing inspiration from artists such as Bon Iver, Gregory Alan Isokov, The National, and many others, the band seeks to provide an atmosphere of peace while engaging their listeners through thought-provoking lyrics and storytelling. Utilizing a blend of ambient vocals and mindful guitar tones, their live performances have been labeled easy listening, family friendly, and appealing to all audiences.