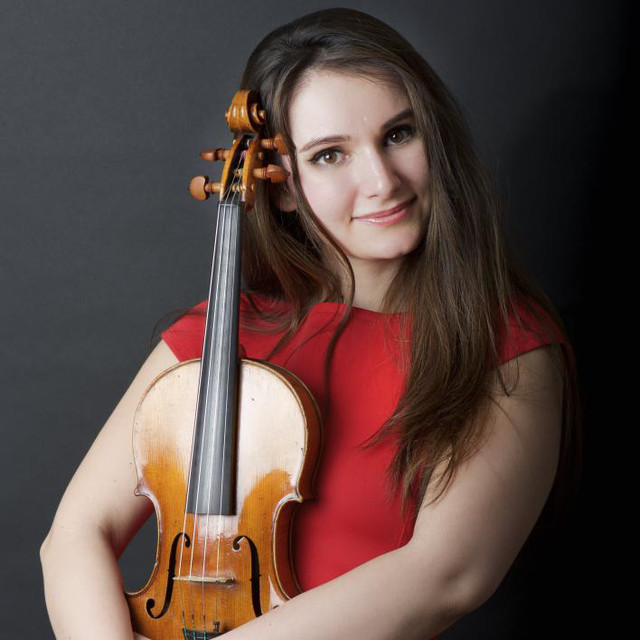 Violin virtuoso, soloist, recitalist, chamber musician, orchestral director and researcher, Nazrin Rashidova made her solo debut at the age of three in Baku and was awarded a gold medal by the Cairo Opera House for an exceptional violin recital three years later. In 2008, she founded FeMusa, Britain’s first female chamber orchestra since the 1950's. A prizewinner in several international competitions, she has broadcast internationally, played for royalty and other dignitaries, and also performed in the US, Japan, Europe and the Middle East. Rashidova’s recordings for Naxos and First Hand Records have been acclaimed by The Strad, Gramophone, Diapason, Fanfare, Ritmo, Classical Guitar Magazines, American Record Guide, SWR2 Radio and Neue Musikzeitung. Rashidova is pursuing a PhD at the Royal Academy of Music, where her research explores Émile Sauret through the making of a world premiere recording series of his 24 Études Caprices, Op.64. Released on Naxos, the project comprises four volumes. The first, was featured on BBC Radio 3, and was also selected as a Critic’s Choice in the American Record Guide. Nazrin was awarded The John Clementi Collard Fellowship (2018) and the Clarence Myerscough Award (2019) in support of her research project. The remaining three volumes were recorded on the c.1685 ‘Sauret’ Stradivari violin, kindly loaned to her by John Ludlow and have been critically acclaimed by The Strad, Ritmo and Fanfare magazines. www.nazrin.co.uk | www.femusa.co.uk