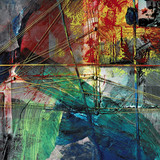 Danny Miller and Max Harwood are back with AUGUST, their long-anticipated sophomore album. Lewis Del Mar began nearly 2 decades ago, when Miller and Harwood met at age 9. Upon graduating, the band took the show on the road. And after 2 years spent “traveling the country in a station wagon, playing in dive bars to nobody,” Miller and Harwood finally landed in New York City. Everything changed overnight upon releasing their first single “Loud(y)” in 2015. On their debut LP Lewis Del Mar, Harwood and Miller burst through the gate with a sound entirely of their own creation: folk-tinged, coastal melodies with an edge of city grit and percussive Latin influence that netted the support from NPR, Rolling Stone, the NY Times, and KCRW. Their new album, AUGUST, is a composite of the beautiful tumult that unfolded that summer. AUGUST intensifies Lewis Del Mar’s established sound. By rooting each song in lived specificity, AUGUST refracts a greater, universal truth of self-perseverance amid the static.