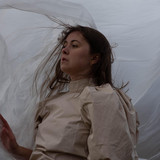 For a long time, Mia Berg kept her music to herself, hidden in her bedroom. Her career escalated when she started studying music in Oslo, subsequently teaming up with producer Henrik Lillehaug. Together they’ve created an extensive expression, coloured by their musical backgrounds and inspiration from artists like Lianne La Havas, Solange and Bon Iver. Several years of working in the studio have resulted in a variety of songs, among others the debut single ‘Hurry’, released through Diamond Club last November, and now her Debut EP "Intro" released on Tik Records. "The Oslo riser is provocatively talented, with her innately personal songwriting fused with some lush layers of energy. Each new single takes her closer to the prize, and Mia Berg hits home with her emphatic new sad-bop banger 'You Decided - CLASH MAGAZINE