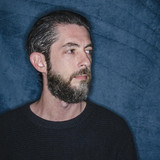 Composer, musician and producer in constant movement between Barcelona and London, who has more than twenty years of experience in the creation and production of music for all types of audio-visual projects. He has been the director of the music and sound department of his own company, as well as having his own recording studio located in the outskirts of the city of Barcelona. In addition to having used his innate skills to create music for years, he has a degree in music production from the prestigious international college ‘SAE Institute’ which has allowed him to perfect his skills as a producer

complementing the creation of music. His talent in music making of any kind of genre has given him great opportunities to work on important national and international projects and has allowed him to obtain various awards for his work. Musical bands, films, videogames, adverts, music libraries, etc. He has worked within all sorts of audio-visual projects and will carry on doing so… for his passion and dedication will never rest.