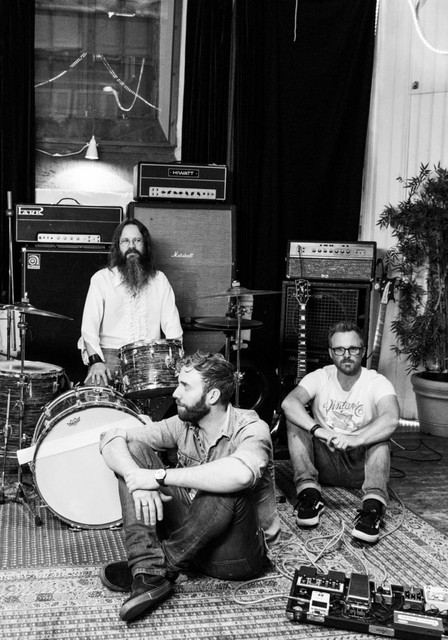 As the preeminent band out of the gate in the late 90s post-Kyuss wake, Lowrider's debut EP and seminal album "Ode to Io" were foundational slabs at the dawn of stoner rock, which grew into a worldwide phenomenon with Lowrider clearly established as one of its trailblazers.   Following those early releases with a handful of compilation and soundtrack appearances and a period of relative inactivity, the band re-emerged at DesertFest Berlin in 2013. They've since blown minds at Hellfest, Keep it Low, Stoned from the Underground, Up in Smoke, and DesertFests London and Belgium, as well as reissuing expanded remastered versions of their original records. All that was left was to give the world something new.   New album "Refractions" explodes with all the churning fuzz and expansive riff-heaviness for which the band are beloved, shot through with re-energized purpose and maturity. The grooves swing, the bottom end rumbles, and the melodies growl and soar, delivering at long last on Lowrider's longing-to-be-fulfilled promise.   Before Monolord, Truckfighters, Greenleaf or Graveyard, one band blasted the doors open to announce Sweden's riff-heavy desert rock arrival. Now, at long last, Lowrider are back to deliver on their undeniably deserve mythic status.   Andreas Eriksson: drums Peder Bergstrand: vocals, bass, guitar, mellotron, organs Ola Hellqvist: vocals, lead guitars Niclas Stålfors: guitars     Photos by Anna Ledin Wirén