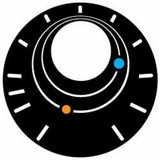 Resolution 88 are one of the UK's main exponents of funk jazz, featuring the sound of the Fender Rhodes. They are heavily influenced by Herbie Hancock and performed his Head Hunters album live in London and Paris in 2018. They have supported international acts including Marcus Miller, Snarky Puppy, Roy Ayers, Fatback Band, The Blackbyrds, Larry Mizell, Jeff Lorber, Medeski, Martin & Wood, Cymande and others. Resolution 88 have performed in France and Spain at prestigious jazz venues. Their third album is due in Sept 2019. They currently have two albums out, an EP and remixes by artists including Kaidi Tatham, Simon Grey and Mochi Men. Tom O'Grady (keys) writes, performs and records with Myles Sanko, has played a world tour with Incognito and has played on stage with the late, great Don Blackman. Ric Elsworth (drums) has recorded and performed with Foals and Bastille. Tiago Coimbra (bass) has toured with Hiromi. Alex Hitchcock (sax) is also a composer and bandleader and has performed at the Northsea Jazz Festival and Jazz A Vienne. Oli Blake (percussion) has recorded with The Heritage Orchestra and performs on numerous West End shows including Hamilton.