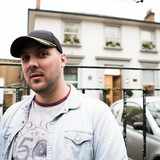 Over the last 10 years, Dave has established himself as a reputable singer/songwriter who has developed his own brand of British-infused Americana. Dave is as authentic as they come, and his music, live shows and personality have attracted a loyal community of music lovers. As a result of this loyal support, Dave has been able to self-fund and release two full-length albums. He has also self-produced and released eight EPs, been on numerous tours around the UK, Europe, Ireland and Australia. He is currently campaigning to make his next album at Abbey Road Studio Two, and has set an ambitious target of £50,000. Perhaps best summed up in this review of his last album ‘Tennessee and 48th’ on the AmericanaUK website: ‘Dave Giles is maturing into a credible and exciting artist doing things on his own terms’. Spurred on by the latest album’s success, he’s about to take on his most ambitious project to date. For more info: www.davejgiles.com or just drop him a text: 07739027748 - seriously. Ask him anything you want.