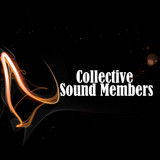 Collective Sound Members (Bio) Martijn Schrader is the artistic mind behind the Collective Sound Members. The artist debuted with a release titled “Music from the Soul Vol. 1” earlier in 2001. However, Collective Sound Members started taking root in the early 80s, when Martijn started to listen to “The Soul Show”. This was the only national dance show on the radio at that time in Holland, and it had a big impact on his music. Besides the great sounds played on “The Soul Show”, what really impressed Martijn at the time were the mega mixes and remixes that were featured. These mega mixes were 10 to 15 minutes in length, and they contained multiple songs in rapid succession. Most of the time, these mixes made heavy use of samplers, which was a big inspiration for Martijn to start making his own music. Later, Martijn bought some records from the early house music scene, including J.M. Silk’s “Shadows Of Your Love”, just to mention one. It was not until 1989 that he fell for house music completely. After buying his first synthesizer in the 90s, Martijn started to experiment and develop his unique sound. Slowly but steadily, he developed his music and worked on his own productions with a fervent DIY spirit. Martijn was heavily influenced by the jazz, funk and disco elements in house music, so he took piano, guitar, and bass lessons. All of these distinctive influences can be heard in Collective Sound Members productions. Find out more: http://www.collectivesoundmembers.com/