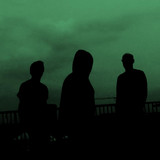 Andria is a mythological place in Italo Caprino's literary work 'Invisible Cities'. A place where the city and the sky is in a special mutual balance. Where they exist together in a perpetual, constant and forever changing harmony. Where there is consistency between the city and the sky, as between the present and eternity. Similarly, the band Andria is an attempt to reconcile the present and eternity with a long-term sound and a musical message that reaches far beyond the present, while preserving a deep respect of the moment of creation. The band consists of Jacob Løhde Jensen, Peter Nielsen and Jesper Vestergaard. It was formed in the fall of 2015 in a desire to sharpen and refine an expression that has been many years along the way. The three members have previously played together. Under the names Sanduleak and RESET, they have performed live at various venues and festivals in Denmark. Among other places, Ideal Bar in VEGA, the Opera at Christiania and at festivals Suset Festival and Burning Mön. The sound universe consists of digital and analogue instruments: Synthesizers, drum machines, digital effects, samples, guitar, bass and vocals. Akin to names like The Radio Dept, Slowdive, Chromatics and Porches the aesthetics at one time futuristic, spherical and digital with historical references to shoegaze, techno, synth-pop and electronica. A metamodern suggestion of a balance between sincerity and distance, hope and despair, between naivety and insight.