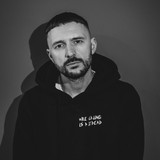 Having dominated the world of competitive turntablists ESKEI83 naturally injects a hip-hop slant into every piece of music he touches. It’s clear from the millions of streams he has amassed that he excels at translating the frentic energy of his DJ sets into throbbing bassline fueled madness with an impeccable sense of crafting moving melodies. It’s this ability to balance the grit of the underground with what moves the masses that has made him uniquely positioned to dominate the world of trap and dubstep. ESKEI83 is recognized throughout the world as one of Germany’s most honored and unrivaled DJ exports. His technical prowess is matched by few and his ability to read the room allows him to lead dancefloors on remarkably unique journeys into bass and open format music. He truly believes in the idea that “Real DJing is not dead.”