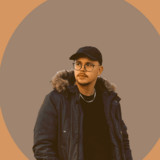 Manuel Orantek (aka MaTek) is a german Tech-House producer and DJ, based in Frankfurt (Main). As a DJ, MaTek has already been spinning the turntables in various clubs all over Germany for many years. From small student basements to large-scale discotheques, he always brings the vibe to the dancefloor. Not only with his own music, but also with the music that always triggers an urge to dance. After focusing only on DJing, MaTek has already had his first successes as a producer in 2019/2020 with remixes such as "Pump up the Jam" by Technotronic, which have been released regularly on various record pools. Although the style sometimes differs a little, he combines in his songs disco and UK garage elements together with the base of tech-house music, which result in a unique blend of funky and groovy beats that always have the character to fill the dance floor. On his live performances MaTek is giving to his sets a variation of different genres, as he plays different kinds of House, Techno and EDM.