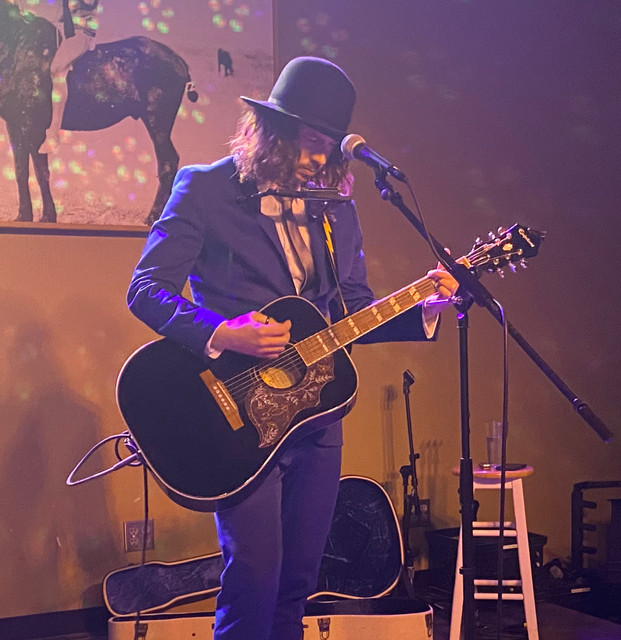 Brent Beamer is a singer-songwriter from rural Missouri. Brent has been influenced by artists and songwriters that range all the way from Kurt Cobain to Alanis Morissette to Townes Van Zandt. You may, depending on the time of day even hear a little Tom Waits or Nick Cave influence.   Brent released his fourth studio album ‘Once Upon a Prairie Night’ on March 04, 2021.   ‘Once Upon a Prairie Night’ features a prairie type of music wild in its nature. You may find it somewhat Folk or Americana. Authentic prairie night sounds provide a cinematic backdrop for the ten song LP. The album features Brent on guitar, piano, bass, banjo, and vocals. Nashville musician Kristin Weber brings a haunting soul touch to the album with her violin and backing harmony vocals.   Mix Engineer Matt Dougherty had this to say of the album, "This record is confessional folk music, with an understated attitude and edge. I could almost feel the heat of the campfire and the crisp night air. The beautiful violin adds a touch of Americana and warmth that balances out the sometimes darker lyrics and vocals. Take a trip!"   Brent will be supporting the album with raw intense solo acoustic shows throughout 2021 and onward.   For more visit www.brentbeamer.com   Socials - @brentbeamer