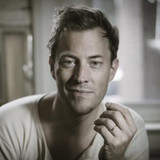 Since debuting in 1999, Canadian singer/songwriter Matthew Barber has built a sturdy reputation as a consummate source for literate rock, folk, and Americana. The Toronto native's career began in Hamilton, Ontario where his second independent album, 2002's Means & Ends drew the attention of indie Paper Bag Music who reissued it nationally the following year. Warner Music Canada was impressed with Barber's smart, tuneful folk-pop and signed him in 2004. His major label debut came in the form of an EP called The Story of Your Life which he released under the name Matthew Barber & the Union Dues. After relocating back home to Toronto, he followed up a year later with the full-length Sweet Nothing which yielded the hit "Soft One." Three years later, 2008's Ghost Notes saw Barber scaling back his sound with a more stripped-down acoustic approach. The Juno-nominated album also served as his debut for Outside Music, the label which was also home to his sister, acclaimed jazz singer/songwriter Jill Barber. 2010's True Believer had a more strident, band-oriented roots-rock feel to it. His self-titled 2011 release was a sort of return to his early roots. Self-produced and recorded on an analog 8-track machine, Barber played all of the instruments himself on the album that rekindled his penchant for 60's and 70's style rock. For 2014's Big Romance, he worked with Jayhawks frontman Gary Louris on a set that melded thoughtful stripped down pop with subtle alt-country flourishes. While Matthew and his sister Jill have combined forces on stage a number of times, 2016's The Family Album marks their first collaborative recording. ~ Timothy Monger, Rovi