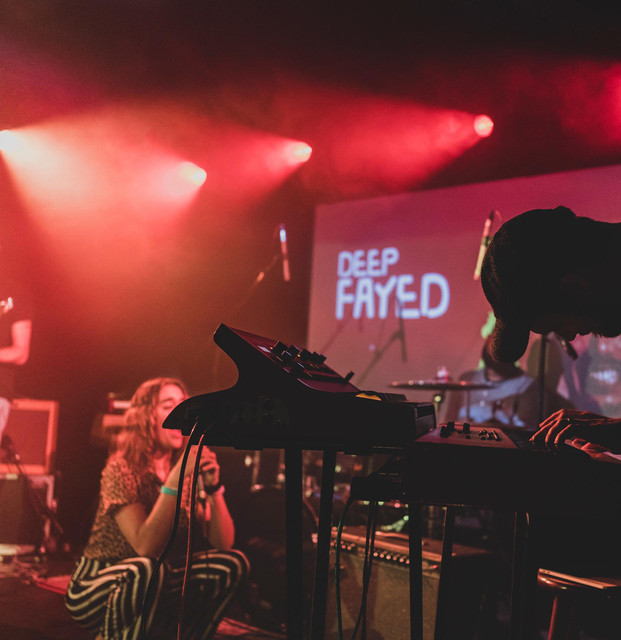 Support the ‘Fayed. Be the ‘Fayed... Deep Fayed is an inventive fusion of influences paired with hard grooving, progressive vibes. Deep Fayed came onto the Chicago scene in 2010 as a live band hip-hop project headed by guitarist, George Wundsam, and fronted by poet and lyricist, Lawrence “Binkey” Tolefree. The group performed at venues and bars across Chicago building a name for themselves as a rock, funk and hip-hop act with a heavy-hitting sound. Deep Fayed's first studio project would be released in 2013. After the first studio release, Deep Fayed would become even more solely centered on George's concepts and direction. These new songs would lead to a second release for Fayed, Full Spectrum Of, May 2017. The first single, “Places We Don’t Go”, premiered at Word Is Bond, ahead of the album. Since the release of Full Spectrum Of, Deep Fayed, now (and always) an alias for George amongst friends, has continued to push the limits of what the group is capable of creatively and musically. With growth and evolution as the mantra, Deep Fayed seems hard pressed to leave the past behind them while using what they know now to continue to write newer, better-er, music while breaking through genres, and having fun. Following their summertime single "In Mexico", Fayed is set to drop two more songs this fall. The soulful track "As I Try To Remember" and the rock-jazz influenced "M.I.G.B. (Maybe It's Getting Better)". Fayed's funk driven single "In Mexico" was released in May 2019.