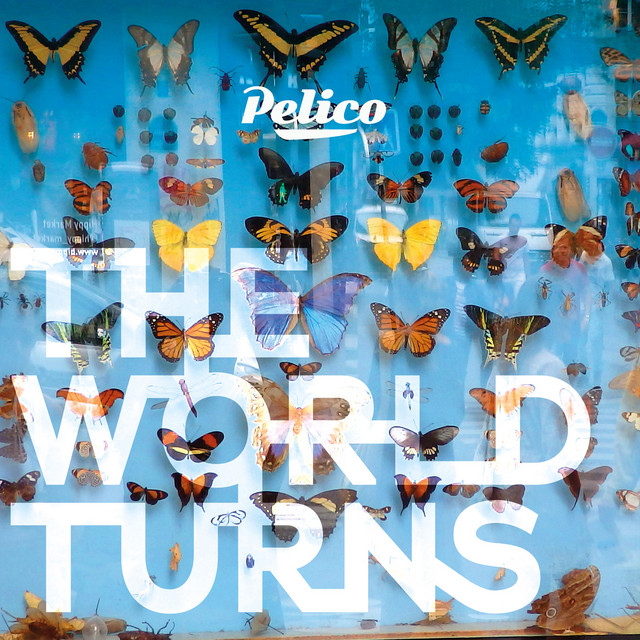 Since our first album Smile (2012) we have continued to write, gather influences and introduce new qualities to the Pelico sound. The ep Only So Far Now (2014) was perhaps an indication as to what to expect this time ‘round. With the band in a transitional phase, and emerging with a richer, more experienced sound, the song writing partnership between Ashley McGovern and Brian Liddle is stronger than ever. The 2018 album, The World Turns, explores the here and now. With a nod towards mindfulness, the songs on this latest album explore such subjects as personal loss, the understanding of mental health, domestic abuse, drinking too much, drinking too little and the yearning for a childhood lost. The album was written and recorded over the course of 2 ½ years between 2016 and 2018 and we are so, so proud of it. It was absolutely the best, most enjoyable, most frustrating and most difficult time we’ve experienced as a band. But we wouldn’t give any of that up, as without all of that emotion and experience, it just wouldn’t be half the album it has turned out to be. Life is for living and passes us by, sometimes in a flash and sometimes as if everyone but you is living in slow motion. We learn how to adapt and shape our surroundings to best suit our needs, and we can sometimes forget to be still and appreciate the journey we are on. Try it, be still… The World Turns…The World Turns.