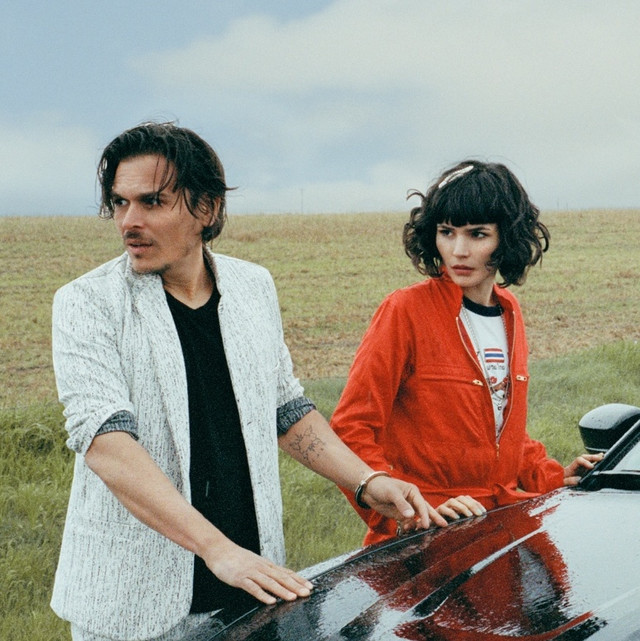 A French-Finnish duo claiming whatever sounds capture its fancy as its own, the Dø (pronounced "doh," like the first note of the solfege scale) features multi-instrumentalist Dan Levy and vocalist Olivia Merilahti. The pair met while working on the music for the 2005 French film Empire of the Wolves and, taking the first letter from each of their first names, christened their own project the Dø soon after. The duo's first release, a three-song EP that included "The Bridge Is Broken," a song composed for the contemporary ballet Scène d'Amour, arrived later that year. Levy and Merilahti continued composing for film, contributing music to films including the award-winning The Passenger, as well as for dance, theater, and poetry productions, while preparing the Dø's debut album. They earned a fast following in their home base of France; after posting several songs on their MySpace page in 2007, the Dø played a series of sold-out concerts in Paris. One of those songs, "On My Shoulders," became the band's first single and the first taste of the duo's album. In 2008, their debut full-length, A Mouthful, made it to the top of the French charts, and made the Dø the first band to accomplish that feat while singing in English. With the album's subsequent release in the rest of Europe and Australia, Levy and Merilahti spent much of 2008 and 2009 touring. In September 2009, the pair embarked on their first North American tour, but A Mouthful was not released in the U.S. until Six Degrees issued it in April 2010. Late that year, the Dø released the Dust It Off EP, which hinted at the even more colorful, confident direction of Both Ways Open Jaws, which was released in Europe in March 2011 and in the U.S. that November. After finishing their touring duties for that album, Merilahti and Levy sought a new approach. Finding inspiration in the abrasive electronics of Fuck Buttons, Death Grips, and Kanye West's productions, they returned with the focused yet edgy Shake Shook Shaken in 2014. ~ Heather Phares, Rovi