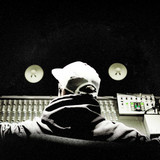 Iron Dubz started to produce music in 2010, he has since released vinyls on his own label, as well as on various others around the globe.(Black Redemption, Pure Niceness, Evidence Music..). In 2017 Iron Dubz releases his debut album called "Sound Addict », followed in 2019 by the second « Tuff Like Iron » demonstrating his versatility and translating the large pannel of his inspirations. Played by the biggest sounds around the globe (Iration Steppas, Jah Tubbys, OBF, Blackboard Jungle...) Iron Dubz’s tracks range from powerful digital reggae to heavy dub stepper, specifically designed for sound system. In session, Iron Dubz playing a live dub act in the pure dub tradition, reshaping & emphasizing his productions looking upon the mixing desk as an instrument. A live set mainly composed of his own productions and dubplates for a innovative and original show.