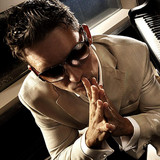 Writing and singing music since he was 10 years old, a platform was formed that helped launch the career of Toronto singer songwriter Erik Simins. Ultimately performing his own material has led to the creation of his new album “ Please do not disturb”. Influenced heavily by the great talents of James Ingram, Earth Wind and Fire, Hall & Oates, Eric Clapton, James Taylor and Prince, Erik’s quest to develop his song writing combined with his formal training in vocals, piano & guitar, has helped him produce a unique highbred of R&B, pop and folk. The release of Erik’s first full-length album “Please Do Not Disturb” is a mixture of smooth sonically adept mixes and slick alive beats. Collaborating with Juno Award nominee and producer Adam Messinger has resulted in his first hit single “Parents House” that has already received extensive airplay on Canada’s number one urban music station Flow 93.5, considerable recognition across Canada’s Commercial Hit Radio circuit and a spot on Flow’s last two urban Soul compilations. The album and “Parents House” are being added to FM radio globally. The music video released in conjunction with the single is bringing Erik significant rotation on MuchMusic, MuchVibe and MTV Canada. “Parent’s House” has since topped major play on commercial and independent radio in Canada and created a solid foundation to launch Erik to the world. Erik is Mr Groove, making some of the worlds most timeless RnB and Soul inspired music for the world.