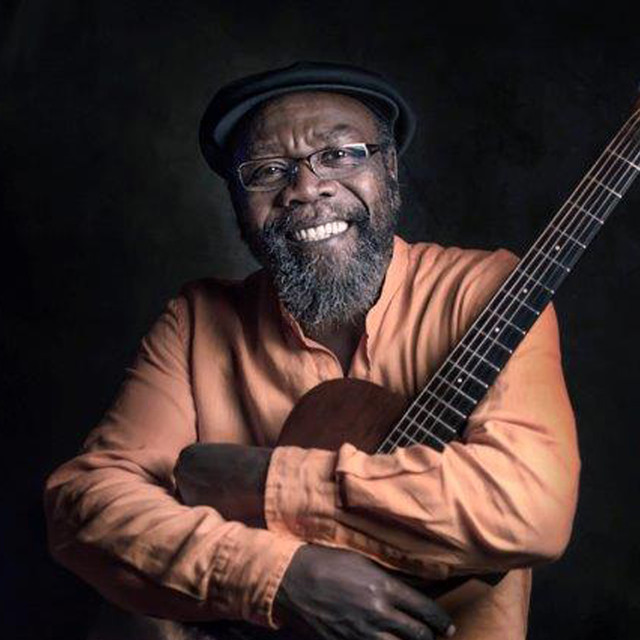 Clinton Fearon is a composer, songwriter, singer and player of instruments since his early teens. Born in Jamaica, Clinton became the bassist, vocalist and lyricist of the mythic Gladiators at the age of 19.

He was also a session musician for Coxsone Dodd at Studio One and Lee ‘Scratch’ Perry’s at Black Ark in the 70s, and many major producers on the island at this time. He composed some everlasting bass lines for well-known artists like Yabby You, Jimmy Riley, Max Romeo, Junior Byles and many others. Clinton Fearon started a new career in Seattle in 87. Him and some of the musicians of The Gladiators took advantage of the extra time remaining on their visa, at the end of the US tour, to started a band in the Northwest: The Defenders. The band built a nice following in the area until they split after five years. Clinton Fearon finally formed his own band in the mid 90s with local musicians in Seattle, Clinton Fearon & Boogie Brown Band.